Answer: Ham is carb-free, making it keto-friendly, but it often contains added sugars. 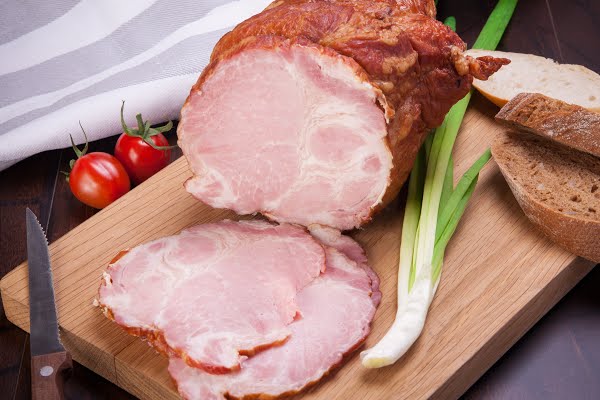 From brown bag lunches to holiday dinners, ham is everywhere. And it’s easy to tell why - moist, salty, and often a little sweet, ham is delicious. But it isn’t always keto-friendly. The meat itself contains no carbs, but most ham comes with lots of added sugar.

When we say added sugar, we don’t mean a few trace carbs. The typical honey-cured ham contains 5 - 8 g of carbs per 100 g serving, and glazed ham is even more carb-heavy. Limited to special occasions, honey-cured ham is harmless, but eating it regularly will throw you out of ketosis.

To avoid added carbs, seek out uncured ham. Applegate Farms is a popular brand for uncured meat. If you can’t find uncured ham, focus on the nutrition label. Some brands of ham remain at 0 g of net carbs even after curing.

Carb counting aside, ham is full of vitamins and nutrients. A single serving contains 23% of your daily recommended dose of zinc, which your body uses to regulate immune function, heal wounds, and even fight the common cold. Each serving of ham also supplies 53% of your daily requirement of selenium, which is necessary for hormone production.

There’s more to ham than just sandwiches. Mix it with eggs, cheese, and tomatoes to make a delicious quiche. Or add ham to your favorite salad. If you’re still stuck, try some of these terrific keto-friendly recipes.